And she was diagnosed about 10 years ago. And then I'm caring for her, while also taking care of my son. When you talk about what it is to act in a human way, I think it's looking at people who are in this place like my son does. The year before my father died, he came with us to Sweden for the summer. He had been living with his dementia for over ten years by then, and—mildly, sweetly, uncomplainingly—he was gradually disappearing, memories falling away, words going, recognition fading, in the great unravelling.

But he was very happy on that holiday.


He was a man who had a deep love for the natural world and felt at home in it; he knew the names of English birds and insects, wild flowers and trees. When I was a child, I remember him taking me to listen to the dawn chorus in the woods near our house. Standing under the canopy of trees in the bright wash of sound, he would tell me which song was the mistle thrush and which the blackbird.

In Sweden, he picked wild mushrooms in the forest, went to a joyful crayfish party where he drank aquavit and wore a garland in his white hair, sat with a palette of watercolours looking out at the meadow although his paintbrush never quite made it to the paper. And one evening, we took him to have a sauna—he loved saunas because they reminded him of the time he had spent in Finland as a carefree young man. Afterwards, we helped him into the lake. It was a beautiful, soft dusk; in the fugitive light, the trees were massed shapes and there was a moon shining on the water.

I remember the stillness, just the occasional lap of water against the jetty. My father, old and frail, swam out a few yards and then he started to sing. He was swimming in small circles and singing to himself. He seemed quite contented, happy even, but at the same time it was the loneliest sight: as if there was no one left in the world, just him in the half-darkness and brimming silence, with the lake and the trees and the moon and scattered stars. The edges of the self are soft; the boundaries of the self are thin and porous.

In that moment, I could believe that my father and the world were one; it was pouring into him, and he was emptying out into it. His self—bashed about by the years, picked apart by his dementia—was, in this moment of kindness, beyond language, consciousness and fear, lost and contained in the multiplicity of things and at home in the vast wonder of life. Or that is what I tell myself now, three years later, trying to make sense of an illness that has the power to dismantle the self, that comes like a robber in the night to sneak into a house built up over a lifetime, to wreck and plunder and despoil it, sniggering behind the broken doors.

The following February my father went into hospital with leg ulcers that were slow to heal. There were strict visiting hours and then, with an out- break of norovirus, a virtual lockdown of the ward, which meant that for days on end he was alone: nobody to hold his hand, speak his name, tell him he was loved; nobody to keep him tethered to the world.

The deviousness of dementia

His leg ulcers were healed, but away from the home he loved, stripped of familiar routines and surrounded by strangers and machines, he swiftly lost his bearings and his fragile hold upon his self. When he at last came home, he was a ghost of himself, skeletal, immobile, inarticulate and lost. After several months of radically slowed-down dying, as autumn turned to winter and with a hard cold wind blowing, he left us at last. But against the memories of his terrible last months—the small room downstairs where he lay in a hospital bed waiting and waiting for nothing while the birds he loved came to the bird table outside his window; the routine of washing, feeding, lifting; the nurses and doctors and carers and the whole bureaucracy of illness and death; the sense of a mind dying and a body crumbling and not a damn thing to be done about it—against this stifling, drawn-out ending, I set the memory of my father in a Swedish lake, in peace, in soft dusk and that mysterious fusion of the self with the world.

I used to say that we are made of our memories, but what happens when memories are lost? Who are we then?

If we are out of our mind, where have we gone? If we have lost the plot, what happens to the story we are in? He was gone but he remained; he was absent and yet powerfully present. There was something that endured beyond language and recollection, a trace perhaps, like grooves that life had worn into him the way a river carves into rock.

He still had his sweetness; his past lived on in his smile, his frown, the way he raised his bushy silver eyebrows. It lived on in us. He might not have recognized us, but we could recognize him. They know it hurts, they know it makes you angry, and they are hurt and angry with you yet they can not show it.

The staff turnover is high, professional caregivers burn out quickly because it is so frustrating and heart breaking walking in to a system that treats human beings like a factory assembly line and expects you to do the same. Especially knowing that somewhere down the line it could be them, it could be their mom, their father, or even their child. 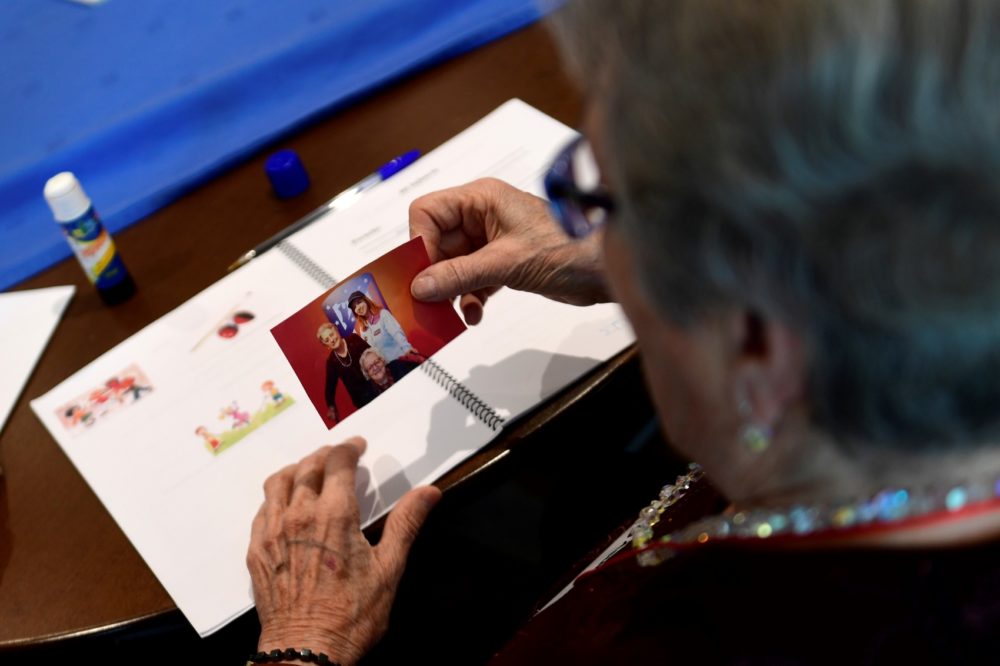 It is down right rage inducing that management cares more for that paper work and their corporate image than they do for the human beings in their care. They are punched, slapped, bitten, spat on and called names that would make a drunken sailor blush, and all before breakfast. They know it is not personal, they know it is the disease and the frustration and anger that goes along with it. The worst is when they turn on the news and see that a nurse or care giver abused a patient. Nothing makes them angrier because this is a down right betrayal to all of them.

It belittles the trust placed in them and hurts all of them. Nothing will make them angrier, sadder and more frustrated. It could have and should have been prevented. They are sorry. So sorry they could not do more. Sorry no one seems to care or listen. Sorry your loved one has had to go through this. Long term care is not like a hospital. No one gets better, and there are few, if any, happy endings. But I will tell you, they will fight for your mom, your dad, and attempt to maintain their dignity at all cost!

Even knowing they may as well bang their heads against the walls. You may never see this. You may never know their names, just see a blur of their face as they race by you down the hallway to answer that call bell. Just know that they are on the same team as you are. They are fighting for all the things you are fighting for, and asking all the same questions. Why does no one listen? Why does no one seem to care?

Oh but we do care! We really do care! Like many, I could make more money working almost anywhere but I have a passion for caring for seniors. So many employees really care but go unnoticed.

Very well written commentary! There are no resources, no infrastructure. Thankfully my husband is in a good facility that uses the Eden Principles. But in the year that I troured facilities the options quickly narrowed. They interpret even a raised male voice as aggressive. Others do not want wanderers even though sundowning is common. Each defines aggression and mental illness differently so they can refuse admittance or throw someone out at will leaving the family with no options.

In the end, there was only one facility within a 50 mile radius that would even take my husband. It is a state run facility for war veterans and he has superior care. The facility has strict standards of care. One of the many, many problems is that so many working in this field are suited for and they are also underpaid, often no benefits, and they have no investment or heart for this very difficult job. Fortunately, I have 8 siblings and we collectively made the decision to care for Mom in a private apartment. I am blessed to have been able to do this for her but unfortunately this is not an option for all families.

We had strength in numbers! I kept my son at home after three strokes. He was diagnosed with dementia and cancer. I kept him at my home until they said it was to much for me but after putting him in a home the treatment he got was a nightmare and I went everyday. My son fell out of bed as he had to go to the washroom and was laying on the floor for over an hour three different times. I fed him except for breakfast plus had to remind the nurses to give him his pain meds.


I could go on and on. He was promised to have respite but that never happened. He finally passed away in June of I phoned long term care and someone went in and checked his files and apologized for the way my son was treated and for the way they treated me. I will never go to a home. It was hard on me as I miss my son so much. He was only 56 years old. Make sure someone goes in everyday to see your loved ones. My son passed away in Bottom line, these places are horrible.

Caring comes from the heart, not a wallet and these places are a business. They are out to make money. The pay and train direct staff poorly. My Nana is in a nursing home and either one of my parents or my sister and I go every night to make sure she is eating her dinner.

They then lose their jobs. I also work in a nursing home different one so I am able to explain things to my family better. So familiar. I will be doing this for my son for the rest of my life.