The Kosova Liberation Army was born and its fight that ended on July gave the end to the century of Serbian occupation, it paved the way to freedom, which was a dream of many generations in Kosova and this had brought also the declaration of the independence of Kosova.

The declaration of Kosova's independence became a great warranty for Albanians, but also for all other citizens, such as, Serbian, Turkish, Roma and Ashkali minorities, etc. Although Serbs are a minority, the Constitution of the Republic of Kosova grants them the highest rights that a constitution in any other country might grant to its minorities. It is the same in practice as well, even beyond the Constitution, Serbs have more rights than any other minority in Kosova, even more rights than in other countries [3].

This kind of their stubbornness and denial of the reality is probably largely influenced by the Serbian government, which, publicly, does not want to admit that Kosova is already independent and that its long occupation ended shedding light onto the false history about Kosova, especially Albanians, which is being taught at their schools. 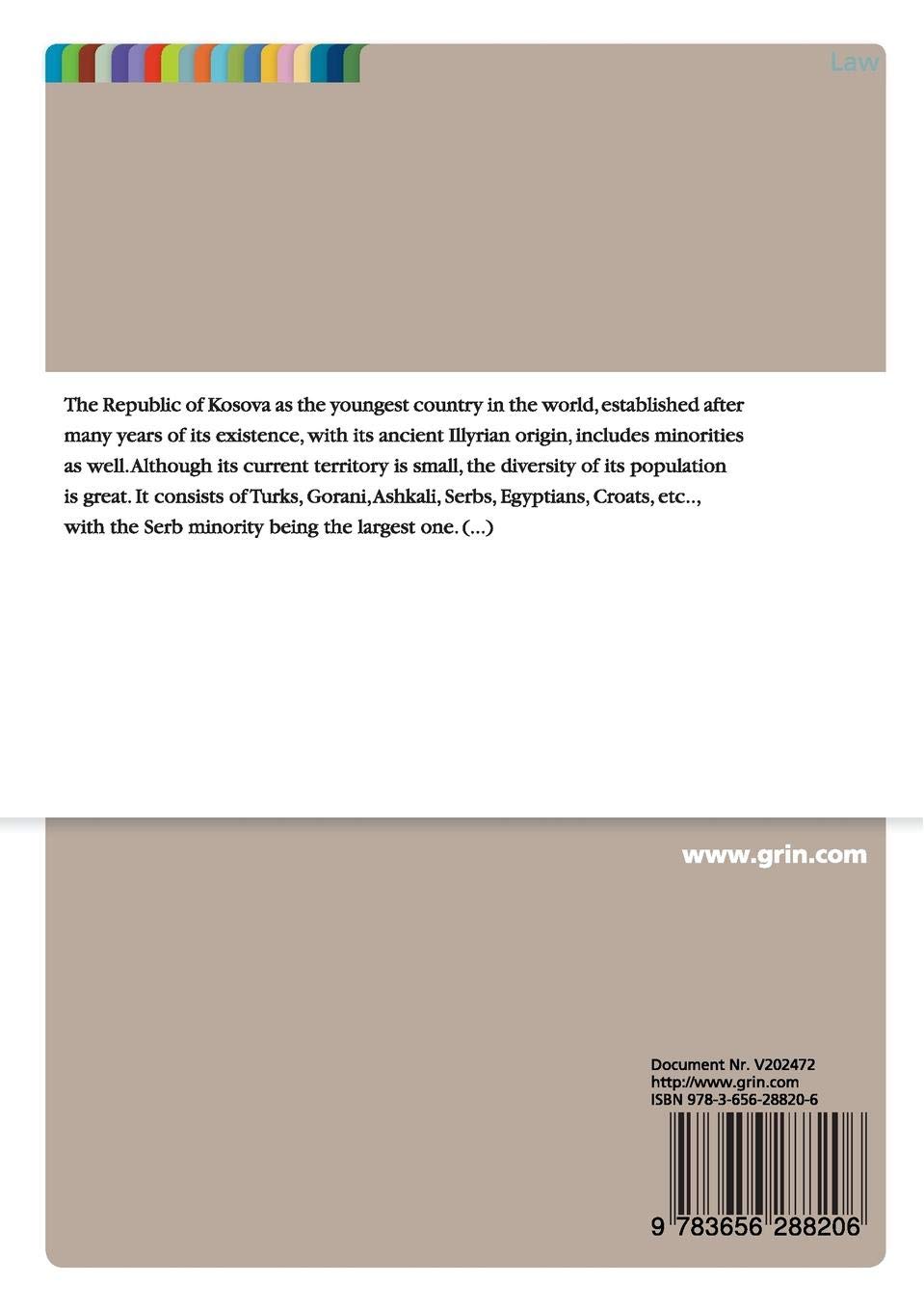 The report was deficient in the segment related to property rights, as it was silent on the situation of the property of Serbs and other non-Albanians, he stressed, recalling that UNMIK had said that the privatization taken through the Privatization Agency of Kosovo was contrary to Council resolution They wanted jobs, peace and progress.

In the span of six months, Kosovo had organized two successful elections, including local ones at the end of and national ones in June of this year. Those elections were widely considered by international observers as free, well-organized and democratic elections.

However, that situation never turned into or became a violent crisis. By respecting the decisions of the Constitutional Court and the President, the two largest parties in Kosovo, along with parties representing minorities, were able to reach an agreement to form a Government. That coalition had been achieved by Kosovar parties themselves, without outside interference, he stressed. Turning to the dialogue with Serbia, he said that though Serbia had signed an agreement with Kosovo to ensure the normalization of relations, there was resistance to its implementation.

His Government would implement every letter and every obligation that it had undertaken to integrate the Serb minority. Condemning the attacks against the Serbian Orthodox Church, he underscored that the country had demonstrated innovation and vision not only in the making of peace, but also in digital diplomacy, in culture and in sports.

Those agreements would go a long way in improving bilateral relations. The engagement of the Serb municipalities in the north with the central authorities was a very positive sign. Noting that the problem of foreign terrorist fighters was an ongoing threat, he commended the Kosovo police for detaining suspected combatants. Other positive signs included the establishment of a new consultative body focused on the return of internally displaced persons and the inclusive nature of that body. The multi-stakeholder approach was crucial for resolving the many challenges faced by internally displaced persons.

In building new State institutions, the views of Serbian and non-Albanian residents should be taken into account.

He expressed concern with the delays in the formation of Government structures, as well as with the negative impact of delays in establishing a special court on crimes committed by the Kosovo Liberations Army. The protection of witnesses must be guaranteed when that prosecution commenced. Although years had passed, there was no tangible progress in the fight against crime and corruption.

Laws ensuring rights were not enough. Laws must be enforced. It must be provided all means and resources required for its mission. Security Council resolution was the sole basis to regulate the situation in Kosovo. Although the dialogue facilitated by the European Union had continued, only technical agreements had been made.

Leaders on both sides should work towards dialogue at the highest levels. Welcoming the principal agreement reached between the main political parties, he urged the parties to resume the dialogue on municipal administration in the region so that the climate of tension did not become intractable. Maintaining a climate of security was critical to the process of negotiations.

Also welcomed were measures adopted to tackle the phenomenon of foreign terrorist fighters. More so, it was difficult to speak of reconciliation policies without addressing the whereabouts of the disappeared. It was crucial to engage in dialogue and negotiation according to the principles of the United Nations Charter in order to reach an appropriate solution acceptable to all parties.

The security situation in Kosovo had remained stable. The positive efforts made by the Serbian Government were appreciated, he said, adding that he supported the continued practical dialogue between Belgrade and Pristina.


The maintenance of stability and security in the Balkans and Europe at large depended on resolving the Kosovo issue. He also welcomed the willingness of the Prime Minister of Serbia to resolve issues through dialogue. Noting progress in Kosovo on human rights, he urged it to continue on that path and called upon the Kosovo authorities to treat all citizens equally in accordance with the law and to protect all minorities, particularly the Serbian minority. All religious sites must be protected. Welcoming the principal agreement, he urged the new Government to reengage as a matter of priority and focus on responsible governing.